The Sooty Swift Cypseloides fumigatos is a really interesting bird and we occassionally see small groups (3-6) flying high in the sky busy feeding on insects. These swifts are associated with the Iguassu waterfalls where they are to be seen darting straight into cascades of falling water. They roost or nest on the rocky outcrops behind the water, presumably well protected nest sites. The theory is that the ever changing courses of the waterfall gradually cover their breeding sites. Their distribution is fairly widespread in the southern part of South America and are indicative of degraded areas. When Raquel came to the office on 29th February with a bird she had found on the road, we were all quite intrigued as they don’t often fall into mist nets. Adilei put some water on its head thinking it may have suffered from concusion but it refused to fly. He took it home in a shoebox and fed it for some days on a diet of small insects including many mosquitoes and gave it water. Lo and behold on the 6th day, the bird took off and must be flying high in the sky catching up with its parents or friends. The photos we took show the extraordinary design of its brow and plumage which make these so successful of their characteristic long flight. 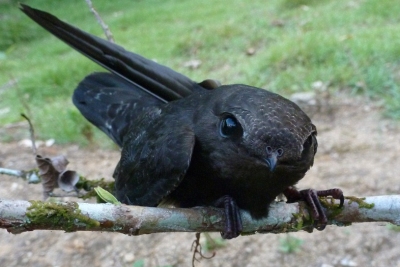 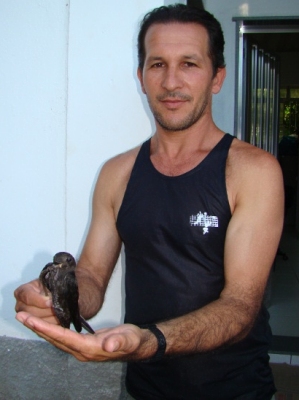 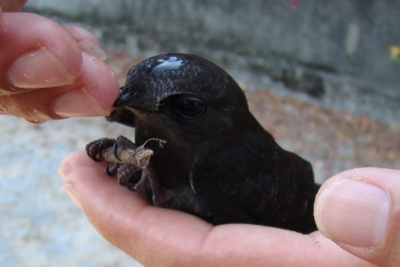 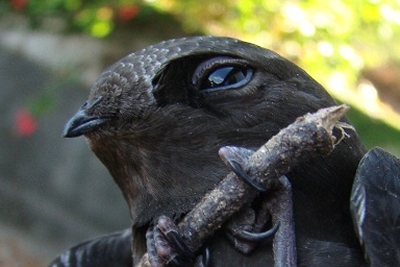