Birding at REGUA is not so easy and demands much attention and physical resistance from the birder. Trekking up slopes of what remains of the Atlantic Rainforest in a hot climate and with birds that are naturally shy, makes for hard birding conditions. The forest litter that protects the soil and retains soil moisture makes for noisy crunchy walks, giving away one’s presence in the attempt to catch a glimpse of any bird. One of the toughest birds to see is the Solitary Tinamou, (Tinamus solitarius), a large terrestrial bird that was historically much persecuted for Sunday meals. The Solitary Tinamou is an Atlantic Rainforest endemic feeding mostly on insects and toady it is labelled “Near” threatened by the IUCN red data list.

Though hunting has significantly reduced at REGUA, on any forest walk, we can hear these birds call very occasionally, though to see one is another matter. It is probably easier to find a ground nest with a couple of emerald green eggs than the birds themselves.

Adilei recounted his joy at hearing an adult call on one of his walks and when trying to stalk it found only a young chick attempting to merge in with the leaves. Naturally well camouflaged, it went into the brush to make it hard to catch a crisp image. This was a joyous moment for Adilei, as one so rarely sees these birds in the wild. A good sign that REGUA efforts in protection and conservation is contributing to increase their numbers. 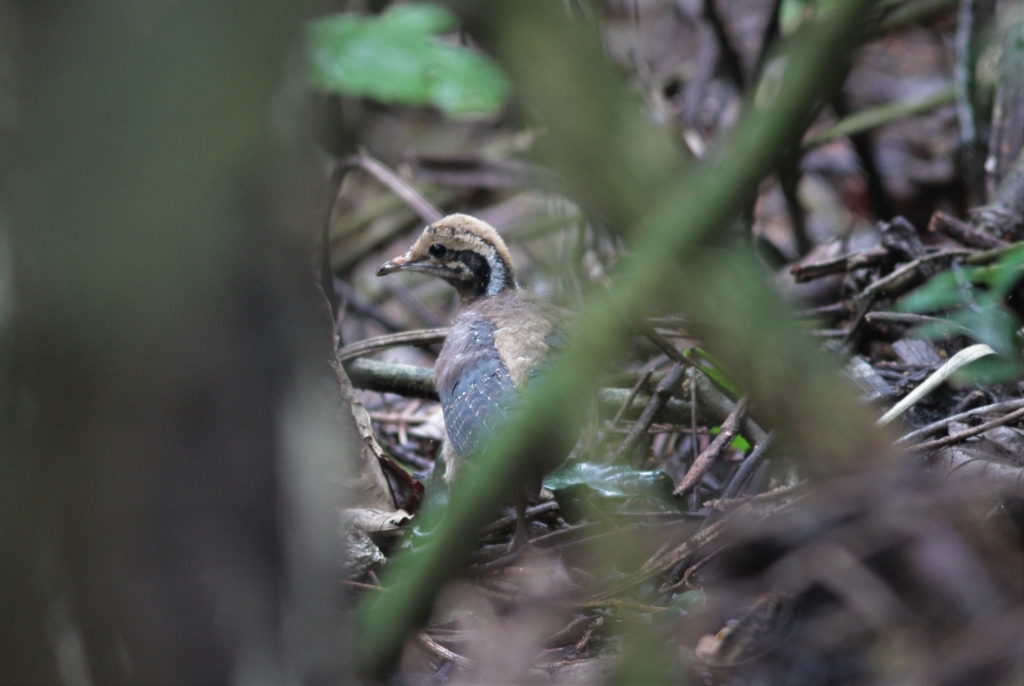